Smarter Than Your Smart Phone

Über, Apple Pay, Mint.com… innovation is making our financial lives easier than ever. But the single most valuable financial invention – one that Einstein himself supposedly called the most important invention of all time – won’t be found on your smart phone. We’re talking about the power of compounding.

Compounding refers to generating earnings on your initial investment and on earnings the investment has previously made. Think of it like weight gain. That extra 5 pounds goes right on top of the last 5 pounds. Compounding can turn a small investment into a large sum, but time is of the essence. The earlier you start saving, the more compounding can work its magic. Consider what it takes to accumulate $1 million by age 65, assuming a 6.75% rate of return. See a pattern here? Ten extra years of saving means half the investment on your part, allowing compounding to do the rest. Put simply, the earlier you start saving, the less you have to save.

So, save early and save often. Your future self thanks you! 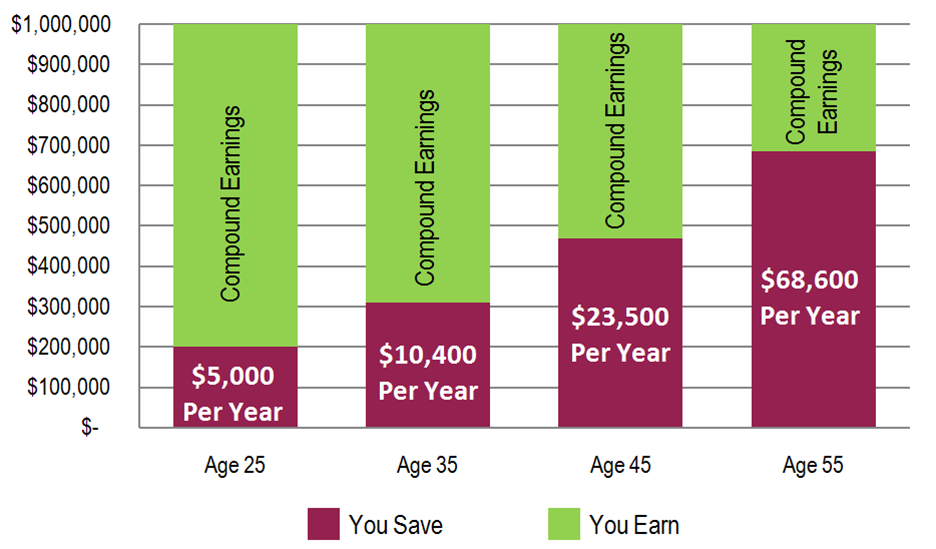